Considering it was only December when 3D Systems’ Jeff Graves urged us in an interview with TCT to expect “breakthroughs and new applications,” it hasn’t taken long for the CEO’s ambitions to materialise.

The teaser of a new High Speed Fusion 3D printing platform developed with Jabil ticked the breakthrough box back in February, while just a few weeks earlier, the additive manufacturing (AM) pioneer announced plans to “significantly expand” developments in regenerative medicine and bioprinting.

It’s the latter I briefly caught up with 3D Systems’ Co-founder, Executive Vice President and Chief Technology Officer, not to mention, the inventor of stereolithography, Chuck Hull to discuss as the company announced it had made “tremendous progress” in its collaboration with United Therapeutics Corporation on the development of 3D printing systems for solid-organ scaffolds.

Along with United Therapeutics’ organ manufacturing and transplantation-oriented subsidiary Lung Biotechnology PBC, the partners have been working together since 2017 and recently shared an update on the development of a next-generation 3D printing solution capable of full size, vascularised, rapid, micron-level printing.

“We do, if you will, the 3D printing portion and Lung Biotechnology does the biology and experiments related to lungs,” Hull told TCT. “We’ve been working with them hand in hand over the last period and making really good progress and while we do that, I’ve been studying and learning about regenerative medicine in general and the potential applications for the technology. We finally got to the point in the programme where these things coincided and we said ‘hey, let’s start focusing on other applications for non-solid organ applications.’”

The 3D printing technology Hull refers to is based on 3D Systems’ Figure 4, a scalable high-speed platform which was formally launched in 2017, based on one of Hull’s own patents, and has since expanded with new materials and hardware iterations aimed at specific industries like dental and jewellery. Now, the company has tailored the technology and compatible materials to meet the needs of this burgeoning sector.

“The Figure 4 technology nicely lends itself to printing hydrogels and we’ve tried lots of different techniques and that one always seems to come out the best,” Hull explained. “It revolves around imaging systems that we use to achieve the high-resolution results and what we call ‘Print to Perfusion’. […] It’s an adaptation of Figure 4 toward a higher resolution and handling hydrogel materials.” 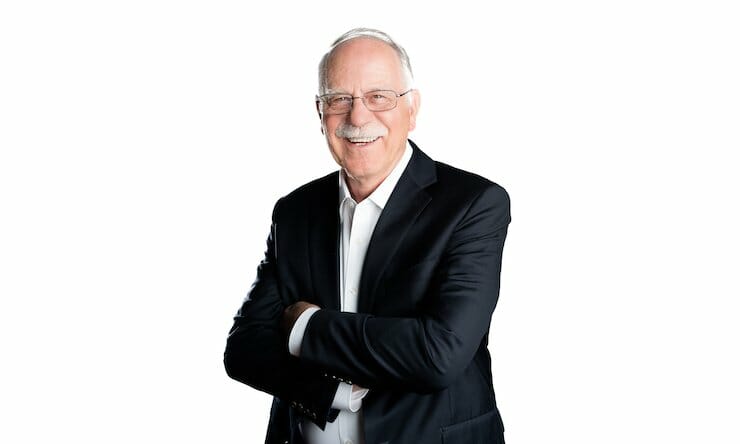 The newly developed Print to Perfusion process allows the 3D printing of high-resolution scaffolds which can be perfused with living cells to create tissues for large, vascularised, highly detailed hydrogel scaffolds at rapid speeds. Reinforcing this development, Derek Morris, Associate Director of Engineering at Lung Biotechnology PBC commented at the time of the announcement: “The full size, vascularised lung scaffolds produced by 3D Systems’ printers allow our cellularisation teams to focus on our mission to build an unlimited supply of transplantable organs.”

The ability to 3D print organs for transplantation might sound like a far-flung ambition but 3D Systems says in time, it plans to build on the work being done with partners like United Therapeutics to address even more applications within the human body. There’s also the potential to apply the technology to the development of new drug therapies and reduce the need for animal testing in the process. It would be easy to get carried away with the potential and decade long projections but when asked about future applications, Hull is mindful to talk in real terms and not rush any announcements before they’re ready to be shared.

Hull said: “You want to do enough work to say ‘hey, this is realistic and feasible’ and so we’re really in the front end of these programmes and I expect, as that starts to firm up, we’ll start announcing these [applications].”

Such applications are expected to arise from new and existing partnerships with companies like CollPlant Biotechnologies, a developer of proprietary recombinant human collagen (rhCollagen) BioInk technology, and Antleron, which specialises in regenerative products and personalised patient care. Hull said he anticipates 3D Systems will work with “a number of people” within the field but emphasises that it’s all about “finding the applications.”

While the Figure 4 system is at the heart of these latest developments, 3D Systems is also bringing its materials and software expertise in the same way it did for dental with the NextDent 5100 printer, NextDent resins and auto-stacking feature for its 3D Sprint software. Harking back to the “three legs of the stool” that Graves talked about when he joined the company last year, the collaboration has led to advances in not only printing but also lung modelling, led by Lung Biotechnology, and material formulations.

“It’s interesting, I always say that the hardware is kind of a small part of 3D printing because both software and materials are at least equally important,” Hull elaborated. “The material properties for scaffolds are certainly unique and very demanding so we spent a lot of time on that, as well as Lung Biotechnology, so a lot of the work is around the materials. They have to be able to print well with high detail but also be very receptive to supporting life. And then the software, you can imagine, the detail required for something like a lung is very specialised and so a lot of the work is, how do you create lung type structures with the precision and detail that you need and the speed that you need? So [there’s] a lot of software innovation required.”

With over 25 years’ experience in healthcare – 3D Systems’ VSP surgical planning tools have been used in over 140,000 patient-specific surgical cases while more than two million medical devices have been produced out of its Littleton, Colorado facility – the company is now said to be adding more resources and expertise to its regenerative medicine R&D efforts and intends to invest in further opportunities.

The venture is still in its infancy and while there are no plans to commercialise a specific Figure 4 machine for regenerative medicine just yet, Hull suggests the Littleton facility or similar may be the first port of call when initially deploying these kinds of applications. For now, Hull is encouraged by the way 3D printing adoption in healthcare has accelerated in recent years, and optimistic about what that might mean for this next generation of applications.

He concludes: “I think really over the last decade there’s been kind of more and more awareness of the healthcare connection to 3D printing and so each step, I think, reinforces that connection.”