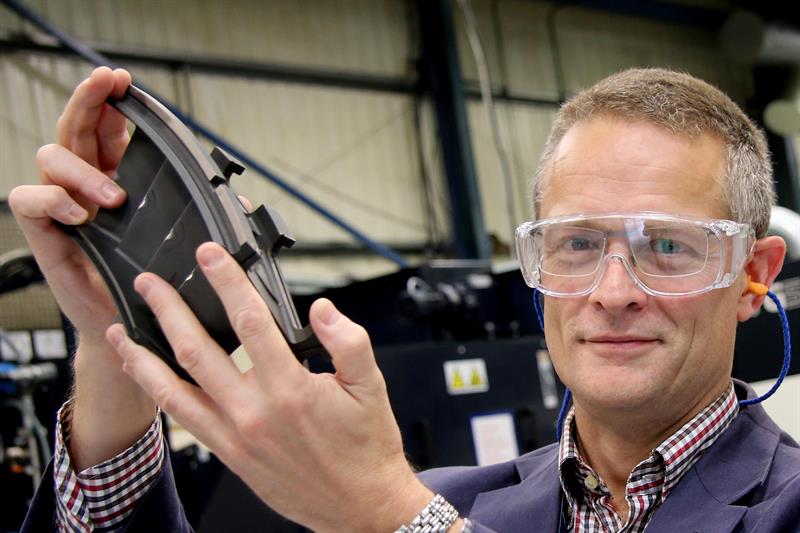 Aerospace and advanced manufacturing firms now have a new opportunity to learn best practice in productivity and competitiveness improvement, thanks to increased government support for the Sharing in Growth (SiG) programme. The Department for Business, Energy and Industrial Strategy (BEIS) has awarded SiG a £6 million contract to help the UK companies compete more successfully in the global aerospace market.

Says Business Minister Nadhim Zahawi: “SiG continues to deliver excellent results – boosting productivity, creating quality jobs and helping UK companies take a leading role in the global aerospace market. This is an important programme for the UK’s world-leading aerospace sector, securing more than £4 billion in contracts and contributing to our export strength. That’s why we’ve extended our support for the programme by £6 million.”

Established in 2013, the SiG programme has supported more than 60 companies with some 10,000 employees and, with the increased funding matched by private investment, can now offer 36-month programme places valued at over £300,000 per year to each beneficiary company. The programme has already helped manufacturers secure more than £4 billion in contracts, and the additional funding aims to net a further £400 million.

SiG offers ambitious aerospace suppliers the opportunity to make sustainable improvements to their leadership, culture and operational capability. The programme’s 100 business coaches, backed by a bank of world-leading experts, help companies tackle their individually diagnosed barriers to growth and, in many instances, double their turnover. An independent, not-for-profit programme, SiG is supported by the Regional Growth Fund and by more than £150 million in private investment.

Says SiG CEO Andy Page: “Increased government funding means we can maintain our impetus, typically helping companies to address a 20% cost gap and a 50% productivity improvement. Having secured more than £4 billion in contracts two years ahead of schedule, we’re well on target to safeguard 10,000 UK jobs by 2020.

“SiG is effective because it has the unique scope and scale that is commensurate with the size of the UK’s productivity challenge,” he adds. “We provide funded, independent training, coaching and mentoring to improve the capability and capacity of companies so that they win business which can then be invested in skills and infrastructure – to win even more contracts. Contributing to the UK’s exporting strength and the Government’s Industrial Strategy, the programme complements other key initiatives such as the Aerospace Technology Institute and the High Value Manufacturing Catapults, so they win a greater share of the burgeoning global aerospace market.”

Family-owned precision engineering firm JJ Churchill of Leicestershire was one of the first selected for SiG in 2013, when its ambitions were to overcome risks caused by the oil crisis through the expansion of its aerospace export business. After six years with SiG, the company has secured more than £300 million in contracts, increased its headcount by 35% and its export forward order book from under £1 million to more than £37 million. Consequently, the company has been able to make a £10 million investment in plant and equipment. JJ Churchill’s plans are now to hit more than £38 million in annual turnover, up from around £15 million in 2016, and to add around 20 new jobs by 2020.

“SiG is an excellent example of the Government and engineering working together to make our industry more effective, more efficient and future-proofed,” says executive chairman at JJ Churchill, Andrew Churchill. “This is increasing opportunity, sales and jobs. Working with SiG, we have invested in our people, our efficiency and our technology so that we can delight customers by delivering quality products in full, on time and with world-beating competitiveness. As a result, we recently signed one of our biggest ever long-term agreements, worth around £70 million, to supply precision machined blades to Rolls-Royce.”

Similarly, working with SiG has enabled Glasgow-based Walker Precision Engineering to move up the value chain from a relatively small family firm to a strategic international aerospace and defence supply partner employing more than 300 highly skilled staff in three state-of-the-art manufacturing hubs. Having made wide-ranging improvements to its culture, training, organisation and processes, Walker Precision has invested more than £7 million in plant and technology, and secured almost £70 million in contracts. The company is on track to increase its turnover from £15 million in 2015, to more than £25 million by 2020.

Says managing director Mark Walker: “SiG has supported Walker in its journey, providing conscientious coaching and mentoring to facilitate the company’s growth plans. The programme gave us the capability and confidence to embed a high-performance culture across the group, to deliver excellence for our customers and invest in our future.”

To qualify for the programme, companies need to be aerospace suppliers, have genuine ambition to grow and be able to release their teams for on-site coaching, training and mentoring. Each participating company has an agreed training plan tailored to its individual needs. The training is publicly funded, while the company’s contribution equates to the time spent by individuals in development or training.