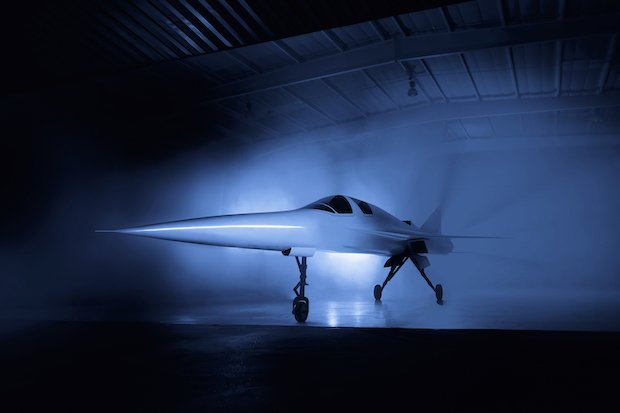 “We’re thrilled to help Boom create the first 3D printed metal parts for an aircraft that will move faster than the speed of sound.”

The company, who recently announced an extension to its partnership with Stratasys, has been working with VELO3D to develop two titanium components for XB-1 on the Sapphire system.

A series of engine ‘mice’, pictured below, were previously additively manufactured and installed in the exhaust of one of Boom’s GE J85-15 engines, which are being tested at the United States Air Force Academy, to validate the process. Together, the companies have carried out successful validation trials, which have encompassed simulations around engine stall condition and flow distortion.

Now moving to the production of end use parts, the printed components will form part of the aircraft’s Environmental Control System (ECS), helping to ensure safe flight no matter the conditions, and are expected to be installed on XB-1 early next year. XB-1 is the prototype vehicle for Boom’s Overture commercial airliner.

So far, Boom has enjoyed the capabilities of Intelligent Fusion 3D printing technology, citing greater design freedom and quality assurance. Going forward, the company hopes it can continue benefiting from the process, accelerating the development of its aircraft and improving its performance. 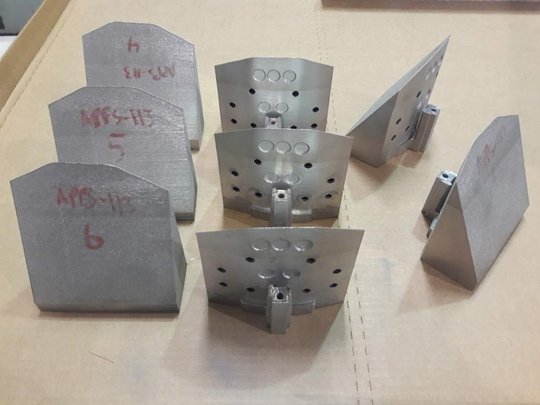 “High-speed air travel relies on technology that is proven to be safe, reliable, and efficient, and by partnering with VELO3D we’re aligning ourselves with a leader in additive manufacturing that will print the flight hardware for XB-1,” commented Mike Jagemann, Head of XB-1 Production, Boom Supersonic. “VELO3D helped us understand the capabilities and limitations of metal additive manufacturing and the positive impact it would potentially have on our supersonic aircraft. We look forward to sharing details about the aircraft development and improved system performance once XB-1 takes flight.”

VELO3D came to market with its Sapphire system and Intelligent Fusion technology last September. It has since seen one original equipment manufacturer in the rocket sector move into production of 3D printed parts with its platforms and has also taken order of five machines from another aerospace player. The company has earmarked the aerospace market as a big play for its flagship technology and foresees a successful partnership with Boom Supersonic.

“Boom is reimagining the entire commercial aircraft experience, from the design, build, and materials used,” said Benny Butler, CEO, VELO3D. “Our technology is designed to help innovators like Boom rethink what’s possible, empower advanced designs with little or no post-processing, and enable an entirely new approach to production. Boom needed more than just prototypes and we’re thrilled to help them create the first 3D printed metal parts for an aircraft that will move faster than the speed of sound.”