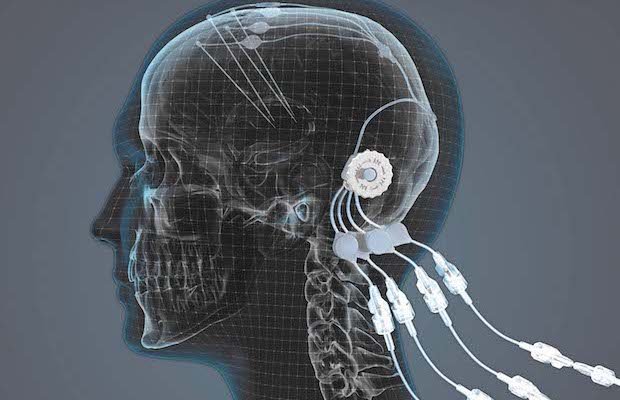 Following the BBC’s ‘The Parkinson’s Drug Trial: A Miracle Cure?’ documentary, Assistant Editor, Sam Davies speaks to Renishaw about the engineering behind the drug delivery technology featured in the programme.

As camera crews are introduced to the participants, there is one who might writhe uncontrollably on the floor for hours on end, others have gone years without being able to put socks on their own feet independently, and then there are those burdened by the fact this is all yet to come.

Up to ten million people worldwide live with Parkinson’s. The condition kills dopamine cells which play an important role in the putamen, a part of the brain’s corpus striatum where signals are distributed to facilitate physical movement. No cure has yet been discovered. Those diagnosed will die with the condition, deteriorating day by day.

In 2012 began a clinical trial, carried out in Bristol, UK, of GDNF (glial cell line-derived neurotrophic factor) for the treating and curing of Parkinson’s. There were 41 participants, each desperate, then hopeful, then invigorated, but ultimately disheartened.

Having sat through a series of consultations, each arrived one by one, climbing onto the surgeon’s chair, ready to undergo a complex brain surgery which would see the neuroinfuse drug delivery device, manufactured by Renishaw for North Bristol NHS Trust, implanted into the central organ of the human nervous system.

This delivery device consists of an additively manufactured titanium port with four individual channels connected to four individual catheters which are placed into the brain’s putamen. The port is anchored into the skull, with bone then growing around it. Only the top of the port, to which an accessory is attached for infusing the drug, sticks out of the skin. The port has been 3D printed and machined to achieve the surfaces required, a nice polished finish on the visible end, and a roughened finish under the skin to help enable skin and bone integration. Titanium was the selected material because of its biocompatibility and MRI compatibility. 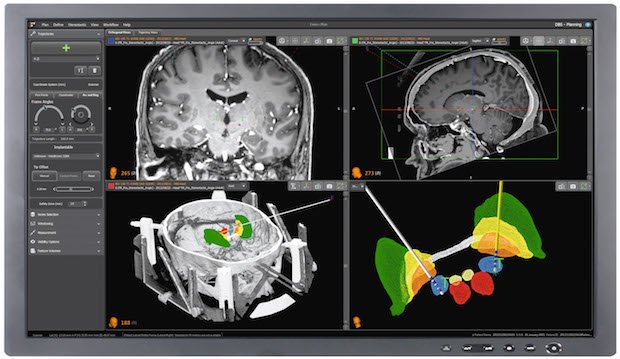 The surgeons use MRI scanning images to monitor where the catheters are being placed, a process first mapped out in Renishaw’s neuroinspire surgical planning software. This software platform enables doctors to pull in MRI and CT scan data and merge them together, allowing them to assess the soft tissue within the brain and the hard tissue around the brain. From there, the surgeons can see the area they want to target, and the areas they would rather avoid, as Paul Skinner, General Manager of Renishaw’s Neurological Products Division, told TCT.

“They place CAD images of the catheters and the port into the right position for that particular patient and will plan the whole surgery within the software, so they’d put four of the catheters exactly where they want, looking at where they want to get to within the brain, but also the right path to get [there] from the outside of the skull, avoiding blood vessels and other critical structures.”

Viewing scan data through the neuroinspire software resembles a woody vine that surgeons must digitally slalom through to implant the device safely. Hitting a blood vessel is likely to result in the patient suffering a stroke.

The procedure is high-risk, but for Parkinson’s and other brain conditions, like tumours and dementia, certain therapeutics must be infused directly into the organ to have a chance of significant effect. 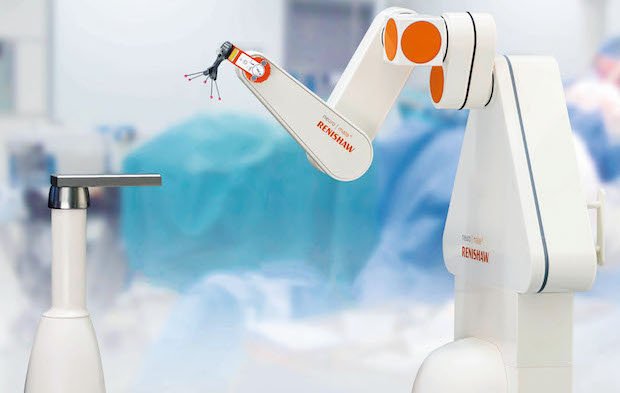 Through more than a decade of research and development in neuroscience, a team, utilising Renishaw technology, did. Each month, participants in the GDNF clinical trial would re-visit the hospital for their infusions, surgeons aided throughout by the neuromate robotic arm and its precise targeting capabilities. During the first nine months of the trial, half of the participants were on a placebo, the other half receiving the real thing. For the second nine months, all patients were being injected with GDNF, the doctors ruling that, ethically, it would be unfair to put the participants through brain surgery without ever receiving the GDNF treatment.

The first half of the trial wasn’t without its hiccups. One implantation of the delivery system was inaccurate and so an inadequate dose of GDNF was being delivered into the putamen. Meanwhile, there were five participants whose titanium ports had come loose. The awry implantation was down to user error and required a second operation, but the loose ports were a matter for Renishaw to fix.

Every two months, patients underwent baseline tests to assess their progress. Placing finger on nose, turning hands, and touching points at either end of the same desk as quickly as they could. The signs were encouraging. By the time the trial was reaching its climax, some participants were able to touch pinkie finger to thumb, others could jog, one woman said she had stopped tremoring completely. In 2014, pharmaceutical giant Pfizer reached an exclusive licencing agreement with MedGenesis, the owner of GDNF, to take the drug forward. Hope was evolving into expectancy. 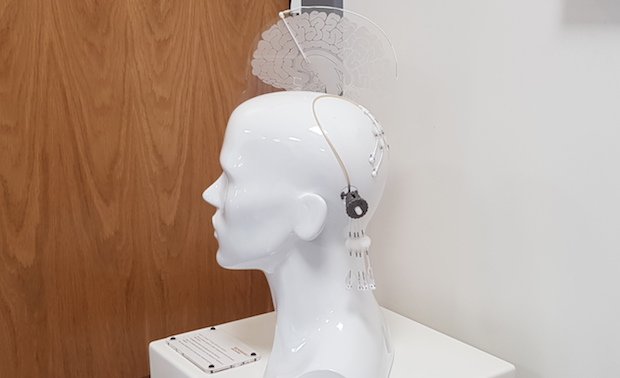 All 41 participants were present on the same conference call when the results of the trial came back. There needed to be a 20% improvement in the participants receiving GDNF in the first nine months compared to those on the placebo. There was only a 6% difference. The participants could no longer be infused with GDNF and had to rely again on their originally prescribed medication. Soon after, Pfizer decided to withdraw from all neuroscience research, and therefore, not to commit to further development of GDNF.

There was widespread heartbreak amongst the group, but their bravery and commitment to the cause had at least secured them a foothold. From this trial, they know the complex procedure can be carried out successfully, they know GDNF can positively impact people with Parkinson’s, they know the drug delivery system works. That’s how doctors, participants and corporates must look at it. Renishaw’s Neurological Products are now being used on 18 more people with Parkinson’s in Sweden and Finland, infusing a different drug (CDNF) developed by Herantis Pharma. There’s another trial planned for the UK where the device will deliver chemotherapy for children with brain tumours. The data generated from these programmes will help Renishaw in its pursuit of CE marking and FDA clearance, before taking neuroinfuse to market.

“We can get our system approved but it also needs drugs that are approved for delivering direct into the brain,” Skinner emphasised. “Initially, our market will be into pharmaceutical companies who want to trial their drugs in order to get them approved, so we’ll be looking to sell our systems for use in clinical trials, and then as soon as they get approved, sell the system to go along with that approved drug for treating patients in territories around the world.”

Meanwhile, Renishaw is confident its neuroinfuse delivery system will eventually be commercialised.

And millions around the world cross their fingers, if they can, and hope soon more barriers can be overcome.