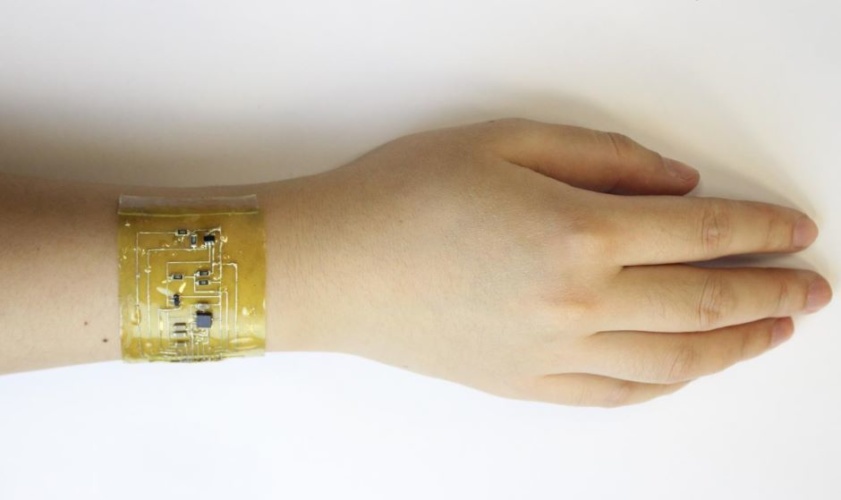 Researchers at the University of Colorado are developing a new wearable ‘electronic skin’, said to be more resilient, flexible and environmentally friendly than previous designs.

The team previously described their design for the wearable electronic skin device in 2018, but their latest version claims to have made some promising improvements on the original concept.

A stretchy circuit board inspired by human skin, the proposed new device is shaped to fit anywhere on the body. According to the team, led by Jianliang Xiao and Wei Zhang, the device can also heal itself much like real skin, and can perform a range of sensory tasks such as measuring the body temperature of users and tracking daily step counts.

“Smart watches are functionally nice, but they’re always a big chunk of metal on a band,” said Zhang, a professor in the university’s Department of Chemistry. “If we want a truly wearable device, ideally it will be a thin film that can comfortably fit onto your body.”

Xiao and his colleagues are said to have used screen printing to create a network of liquid metal wires, then ‘sandwiched’ the circuits in between two thin films made out of a ‘highly flexible and self-healing’ material called polyimine. The resulting device, described in a paper published in the journal Science Advances, is ‘a little thicker than a band-aid’, and has been reported to stretch by 60 per cent in any direction without disrupting the electronics inside.

It is hoped that the creation will ‘reimagine’ the capabilities of wearable devices, with researchers suggesting that the skin could allow people to collect accurate data about their bodies while cutting down on electronic waste.

Designed to avoid disposal in landfills, the new devices are claimed to be fully recyclable: the team explained that if you put one of the patches into a recycling solution, the polyimine will depolymerise, while the electric components sink to the bottom. Both the electronics and the material can then be reused.

Professor Zhang has also pointed out the ‘remarkable’ resilience of the artificial epidermis, explaining that a broken part of the electronic skin can be repaired by pinching the damaged areas together. Within a few minutes, the bonds that hold together the polyimine will begin to reform, and damage will be ‘almost entirely undetectable’ within 13 minutes, he added.

“Those bonds help to form a network across the cut. They then begin to grow together,” Zhang said. “It’s similar to skin healing, but we’re talking about covalent chemical bonds here.”

For now, the ‘electronic skin’ still needs to be connected to an external source of power to work, with the team confirming that they still have a ‘long way to go’ before the device is able to compete with the ‘real thing’. “We haven’t realised all of these complex functions yet,” commented Xiao. “But we are marching toward that device function.”