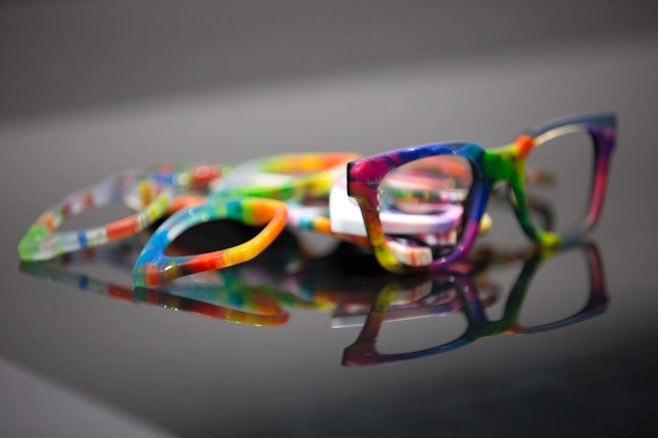 Founded in 1878, Safilo was propelled to success and is now the second-largest producer of eyewear in the world. The company is renowned for its stellar craftsmanship and manufactures sunglasses, sports eyewear and frames for prescription lenses for more than 90,000 stores in 130 countries. The company’s impressive portfolio boasts 25 luxury brands, such as Dior, Fendi, Jimmy Choo and Hugo Boss, as well as five of its own brands, including Carrera, Polaroid and Safilo.

Safilo’s exacting standards for style, creativity, functionality and quality demand accurate and true-to-life prototypes throughout the design process. The large number of frames produced by the company also demands efficient and timely throughput during the design process. Previously, the company produced its concept prototypes with a CNC machine, which the team would use as a template when manually developing the actual prototypes. This resulted in lengthy lead times and, if iterations were required, would also prove costly further down the production line.

Get your eBook – “Design with Brilliance: Game-changing versatility and realism with Stratasys J750, the world’s only full-color, multi-material 3D printer”