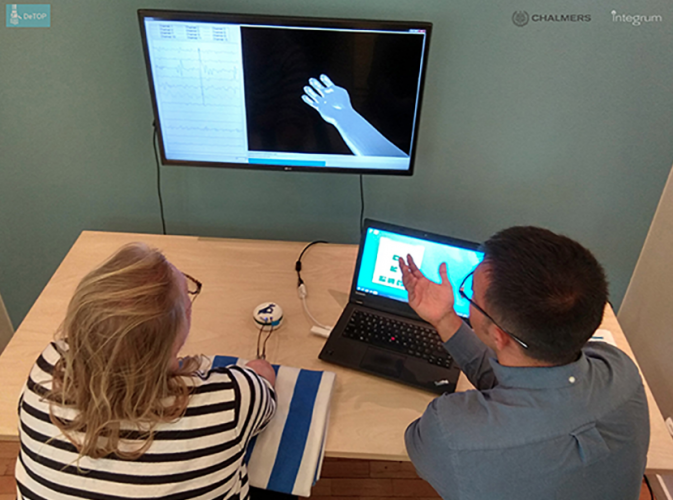 Researchers at Essex University have played a key role in a landmark project that has seen a person with an amputated hand become the first recipient of a prosthetic hand that provides tactile sensations and greater levels of dexterity.

In a pioneering surgical procedure carried out Sahlgrenska University Hospital in Gothenburg, Sweden, titanium implants were placed in the patients two forearm bones, from which electrodes to nerves and muscle were extended to extract signals to control a robotic hand and to provide tactile sensations. The team claims that this makes it the first clinically viable, dexterous and sentient prosthetic hand usable in real life.

Explaining Essex University’s role in the project, Dr Luca Citi, from the university’s Brain-Computer Interfaces and Neural Engineering Laboratory said: “The Essex team contributed to the development of algorithms which could decode and understand the neuro-muscular signals from the user’s brain about what they intended to do and then send those commands to the robotic control of the prosthetic hand.”

Conventional prosthetic hands rely on electrodes placed over the skin to extract control signals from the underlying stump muscles. These superficial electrodes deliver limited and unreliable signals that only allow control of a couple of movements (opening and closing the hand). The new device delivers richer and more reliable information by implanting electrodes in all remaining muscle in the stump instead. In this particular case sixteen electrodes were implanted in the patient.

Current prosthetic hands have also limited sensory feedback. They do not provide tactile or kinesthetic sensation, so the user can only rely on vision while using the prosthesis.

The current patient is now following a rehabilitation program to be able to fully load the prosthetic hand, whilst two more patients (in Italy and Sweden) will be implanted with the technology in the coming month