Getting up to standard: Burloak Technologies on its journey to becoming a supplier of 3D printed parts to Boeing 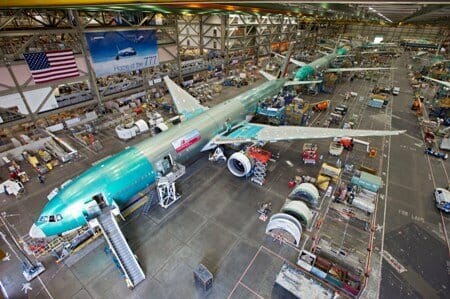 Getting up to standard: Burloak Technologies on its journey to becoming a supplier of 3D printed parts to Boeing

A step forward on the path to a greener future for aviation and the demonstration of the company’s ability to commercialise a transformational technology.

This is how Samuel, Son & Co., Limited’s CEO Colin Osborne described the news that Boeing had approved Samuel subsidiary Burloak Technologies as a supplier of additively manufactured aluminium parts earlier this year. For Burloak, it had been a long time coming.

Founded in 2005, the additive manufacturing (AM) service provider had aligned with Samuel in 2017 before the metal manufacturing firm took complete control of the company 12 months ago. The timing was no coincidence. Burloak has always backed its technical competence but knew in order to supply the likes of Boeing, it needed to prove scalability.

In the years prior, Burloak had often refused to take orders if it couldn’t see where AM added value and placed a greater focus on understanding the minutiae of how the technology needed to work. Peter Adams, Burloak’s founder and Chief Innovation Officer, estimates the company turned away 95% of the people that contacted them in this time, shying away from the swell in interest around AM after GE started investing big.

“We weren’t trying to be all things to all people,” he tells TCT, “we were determined that we were going to fundamentally understand the process, understand where it fits in the market and how to apply it well.”

After 15 years of ‘doing things the hard way’, the company felt AM was ready to be applied for production applications in the aviation sector. While it has always provided engineering and AM services, the company had established a ‘longterm vision,’ setting its stall in the aerospace sector, and working out how it would best position itself to meet the demanding specifications of the likes of Boeing. This involved building its own Metallic Material Properties Development and Standardisation (MMDPS) database to show full understanding and traceability of the materials, as well as adjusting the parameters of every AM machine it has ever owned. While Adams accepts there is a cause to do this to tackle the different applications and demands, there has always been a need to because of the instability of the processes.

“There’s still not a perfect machine on the market,” Adams assesses. “What we’re looking for is more stable production. I can bring a machine in, I can dial that and meet a customer spec. But when the next machines arrive of a [duplicate] model, I expect every one to be identical, because we’re now using tens of machines to support [application] programmes. We still spend a lot of time with our engineers tuning them for what we know works. And that makes scaling the industry a challenge. You wouldn’t expect that in the CNC environment, we shouldn’t be willing to live with it in the AM world.”

Adams notes that if Burloak was to buy a CNC machine from Matsuura, DMG Mori or Mazak, it would expect each to demonstrate a similar precision and repeatability ‘within a reasonable tolerance band.’ The company has never been able to say the same for AM. And though Burloak is not at liberty to detail what was required to meet the Boeing BAC 5673 specification, Adams says in every other customer spec the control of machine parameters, along with control of input materials and file preparation, are fundamental considerations.

It has not always been straightforward for AM technology to meet specifications like this, but after 15 years of groundwork, Boeing has now certified the supply of aluminium AlSi10mg parts, produced with powder bed fusion technology, to a range of application programmes. Burloak will be the one to supply them and Adams believes it is testament to the focus it has placed on extensive datasets and the backing of its parent organisation.

“I think we’re now at that cutover point where things are going into production in a big way and that’s driven by companies like Burloak having deep and meaningful datasets around the material and the material performance, demonstrating it in a repeatable way,” says Adams. “But having a company such as Boeing demonstrate that this can be done at scale is the real exciting thing about this, because it sets the stage that the time is now right. The market is such, with the disruption and fragility of the supply chain, that having companies like Burloak who [have] multibillion dollar parents behind them and have got the demonstrated ability to meet these difficult specs, shows the scalability of additive is there.”

We use cookies to ensure that we give you the best experience. By continuing to use this site, you agree to our terms.Ok, thanksPrivacy policy