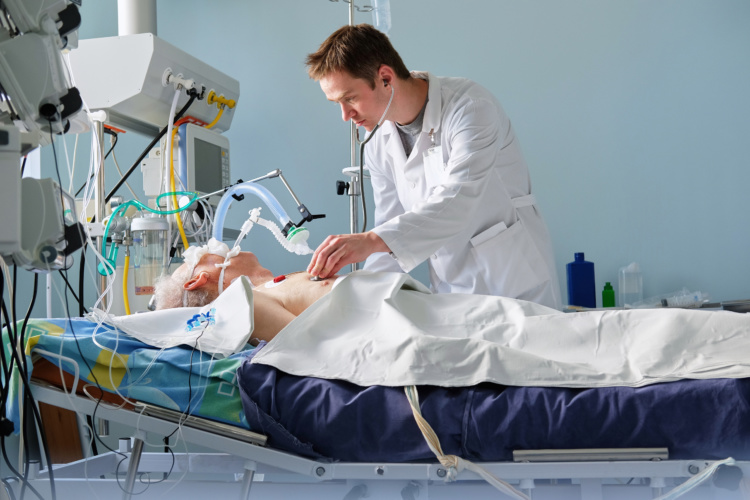 Amid growing concerns over the shortage of critical equipment required to treat some Coronavirus patients, the government is asking whether UK manufacturers can turn their hands to the production and assembly of ventilators.

With the NHS expected to require many more ventilators than the 5000 devices currently thought to be in circulation, UK prime minister Boris Johnson is today (Monday 16th March) due to speak to engineering firms about how they might support the production of essential medical equipment.

Stockpile substitution could have major consequences

“We’re calling on the manufacturing industry and all those with relevant expertise who might be able to help to come together to help the country tackle this national crisis” said a Downing street spokesperson. “We need to step up production of vital equipment such as ventilators so that we can all help the most vulnerable, and we need businesses to come to us and help in this national effort.”

Stephen Phipson, CEO of manufacturers’ organisation Make UK, told The Engineer that there have already been many offers of help from across the UK, adding that he believes the UK’s contract manufacturing base is well placed to rise to the challenge.

Visit the government’s ventilator challenge page to register your interest

“It can be done,” he said. “We have a very strong contract manufacturing sector in the UK which is used to being given other people’s patents & designs and being tasked to produce them. It may need government action to smooth this process very quickly but it can be done.”

So far, the only company officially mentioned by the government is Oxfordshire firm Unipart group, although Rolls-Royce Plc and JCB have also been referenced in a number of reports.

Other companies understood to be interested in helping out include West Midlands contract manufacturer PP Control & Automation, which employs 230 people at its manufacturing site in Walsall.

The firm’s CEO Tony Hague told The Engineer that thanks to prior experience working for the medical sector, his organisation is well-placed to rise to the challenge. “If there is a UK call to arms, we’re very happy to fully support it,” he said.  “We can turn our hands to most things, ventilators being one of them. We have experience in the medical industry, we’ve assembled macerators, and endoscopic sanitising machinery and ophthalmic test equipment so we have a capability to do it.”

Hague said that contract manufacturers in general are ideally suited to the challenge, as they have existing engineering, supply chain and production capabilities and are used to scaling at speed. He added that large prime contractors, such as those found in the UK aerospace sector, are also well-equipped to respond to the assembly demands of a nationwide push.

Commenting on the practical challenges of switching to the production of ventilators, Hague added that it would largely be a case of ensuring that the right skilled and unskilled manual labour is in place rather than investing in production equipment. “You need people to make things,” he said.  “It’s manual assembly.  You can automate cable preparation, electronics assembly and test, but ultimately it’s about people putting things together by hand. It’s skilled and semi-skilled work. You just need bums on seats”

One of the biggest challenges, he said, will be mobilising the supply chain, and ensuring that all of the key components required can be readily sourced. “The key challenge is sourcing materials,” agreed Make UK’s Phipson, “Ventilators carry a lot of electronics which largely come from overseas and may already be in short supply.”

Another critical issue is quality. “If you’ve got a number of companies involved, making these things for the first time…  there have obviously got to be very strict guidelines in terms of quality control,” said Hague. “You need to manage the design, manufacturing operation and test all the way through the end to end supply chain so that you then have a product which is fit for purpose.”

Given the pressing nature of the problem, manufacturers are going to have to react rapidly. And not everyone is convinced that they will be able to. Robert Harrison, Professor of Automation Systems at WMG warned that ramping up production within weeks is going to be difficult. “JCB, Rolls Royce or others could potentially manufacture ventilators,” he said.  “They have relevant skills and capabilities, but given that all the design and manufacturing related information could be supplied to them, getting the parts and the tooling to manufacture such a thing will be a significant task, taking perhaps taking many months. They would have to tool up production lines and train workers to assemble and test the product.”

However, Tony Hague is hopeful that industry can react more quickly. “I would say 4 – 6 weeks once companies have been identified that could help and are selected. It needs to happen in weeks. We can’t leave it three or four months because in three or four months it could be too late.”

Make UK’s Phipson added that whilst he believes the manufacturing sector is up to the challenge, decisive government action will be required to drive it through: “It can be done quickly but there will be a number of processes which government will need to act on urgently, possibly involving powers which would normally be only used in wartime or national emergencies which we are effectively already in.”

Manufacturers interested in helping out are urged to contact the BEIS Business Support Helpline on 0300 456 3565 or to visit https://ventilator.herokuapp.com