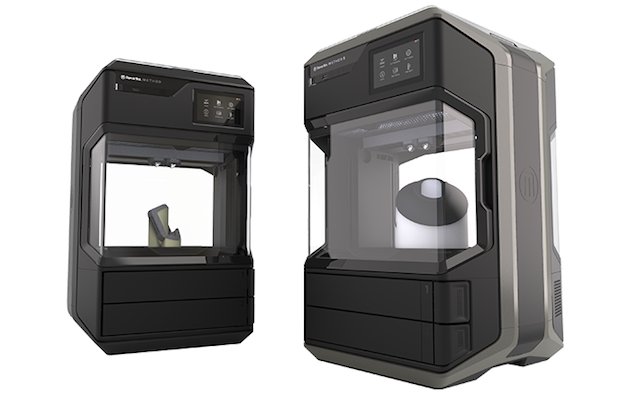 The Method X (right) is the latest addition to the Method printer family.

Speaking to TCT, MakerBot CEO Nadav Goshen described the Method X as a “manufacturing workstation which brings manufacturing close to the engineer”. The ability to print in ABS with similar properties to ABS materials used in injection moulding applications is said to open up applications for end-use parts, manufacturing tools and functional prototypes with a dimensional accuracy of ± 0.2mm.

Speaking about current ABS formulations for desktop systems, Goshen added: “When you look at the fine print, it was once ABS but now it’s a heavily formulated material, so it doesn’t have the properties of ABS. People have bought into the promise of printing with ABS and I think some of them are purchasing these machines because of that but in the end their experience is very different.”

To that end, MakerBot Precision ABS is said to have a heat deflection temperature of up to 15°C higher compared to modified ABS formulations used on competitive desktop 3D printing systems with heated build plates. The material is also believed to be up to 26% more rigid and 12% stronger which, when combined with SR-30 support material, can enable high-strength complex parts with superior surface finish. 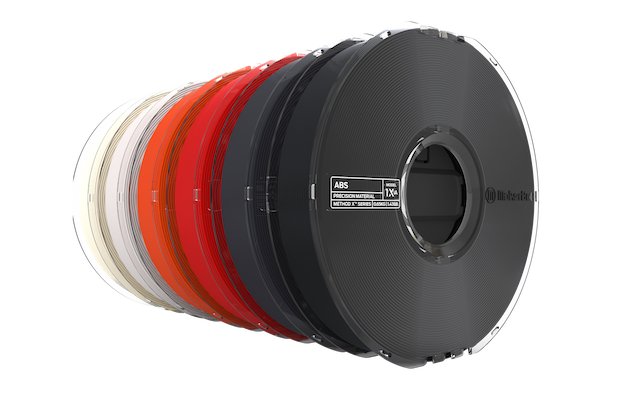 “The dimensional accuracy that we have is pretty much on par with injection moulded parts and the formulation of the ABS is also very close to what you use in injection moulding,” Johan Broer, VP of Product Development at MakerBot explained. “That is a huge benefit for any engineer that is either prototyping or wants to prototype in the same material that they injection mould out of later because they can do functional tests with the same material to the same dimensions, with very similar properties.”

Dave Veisz, VP of Engineering at MakerBot added: “As an engineer, your enemy for everything is variability and unpredictability.

“I’ve been with MakerBot for about six years now so I have sort of insider knowledge to 3D printing and using 3D printers in product development. Even for me, it was kind of eye-opening how much noise there is out there, particularly with claims of printing ABS. I think it is very significant and I think it does put pressure on engineers who are making decisions about 3D printing to do a little more research into actually looking at the materials, material specs, data sheets to cut through some of the noise.”

The Method X beta programme is currently underway. One particular application area that has been identified is the manufacture of robot end effectors – the device attached to the end of a robotic arm – for manufacturers looking to automate various tasks on their production lines.

MakerBot first introduced the Method and “performance 3D printing” category last year in a bid to fill the gap between desktop and industrial 3D printing. The company says it has already sold “hundreds” of the original Method system, which has been named a finalist in this year’s TCT Awards, and will continue to support the platform with new materials and capabilities. The new Method X features all of the same benefits and sleek compact design as its predecessor including dry-sealed material bays, dual extruders, onboard sensors, and compatibility with Autodesk Fusion 360, Solidworks and Inventor plug-ins for a fast CAD to part workflow.

MakerBot says the Method X will start shipping by the end of this month at the same 6,499 USD launch price point of the first Method system, while the original will now be reduced to 4,999 USD.

Visitors to TCT Show will be able to see the Method printer range on the MakerBot booth on 24-26th September at NEC, Birmingham. MakerBot CEO, Nadav Goshen will also be discussing the evolution from desktop to performance 3D printing on the TCT Introducing Stage on 24th September at 11.20am.