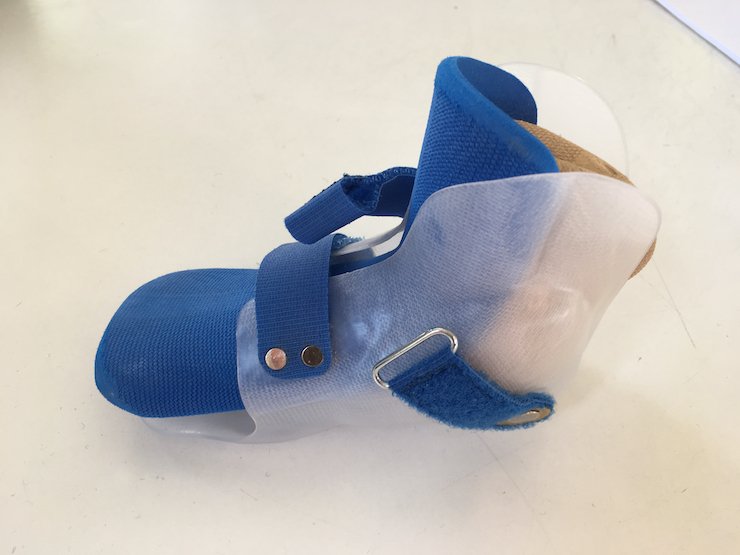 The unnamed clinic commissioned Phoenix to design and produce the orthotic product in a bid to reduce the orthopaedist’s workload and increase the patient’s comfort. Working together, a Thor3D Calibry 3D scanner was used in conjunction with Calibry Nest software, Geomagic Wrap software – with algorithms developed by Phoenix – and a Tractus 3D printer to develop a standardised and reproducible process that can be harnessed without special training with the technology.

Typically, child patients at the clinic make frequent visits to their doctor to receive new orthosis products as their feet continue to grow. The orthotic development process has generally been a multi-step process that begins with measuring the patients’ foot, modelling a footbed, testing it, making adjustments and then preparing the foot for the plastering process. Once this is done, the casting mould will be plastered, a positive form cast out of the mould, further adjustments made and then the orthosis shell will be vacuum thermoformed. This process is said to be labour intensive, uncomfortable at stages for the patient and requires two orthopaedic specialists as the casting mould is prepared. Positive forms also have to be stored physically.

Using 3D technologies, however, Phoenix has been able to reduce the number of steps in the process. First, measurements of the foot are taken, then an existing positive form is scanned before a fully automated design of a new positive form is carried out based on those measurements. This form is then printed and, like the traditional method, vacuum thermoformed.

During the 3D scanning of the positive form, the Calibry scanner is placed at a 45° angle and placed on a tripod 60cm in height and 62cm away from the turntable. The positive form is scanned from both sides, with each scan containing around 500 frames, and then merged in Calibry Nest. Phoenix does not scan the patient’s foot because ‘a 3D scan has a lot of anatomical details of an existing foot which needs treatment, whereas a positive form has simplified and anatomically correct geometry.’

From here, watertight STL models are transferred to Geomagic Wrap, where they are automatically amended according to more than 12 parameters before printing and vacuum thermoforming commence.

As a result of this process, doctors at the clinic have recorded workload reductions of up to 40% and patients have reported more comfort in the less manual method.