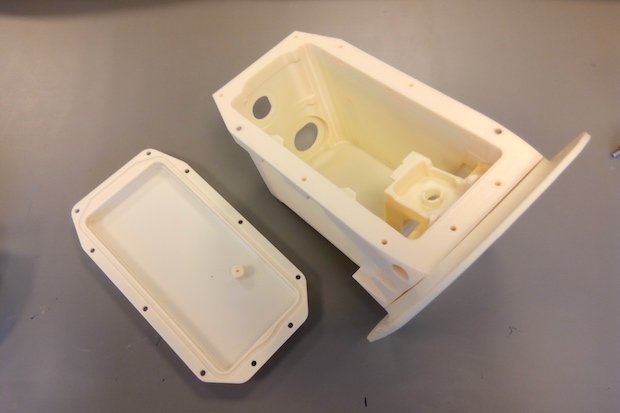 The company has also outlined its ambitions to 3D print final production parts for aircraft from Airbus and Boeing. The company has reported an improved business performance, with the implementation of 3D printing said to have been transformational for both design and manufacturing.

Latécoère installed a Fortus 450mc Production machine to negotiate lengthy lead times and costly design iterations. Previously, CNC machining was used for prototyping parts and would take weeks at a time for a single design iteration. But additive manufacturing (AM) is enabling a much more efficient process.

Recently, Latécoère produced a 3D printed prototype to verify the fit and function of an interior lining part for an aircraft door. It took two days, a 95% reduction in lead time. Another example of Latécoère’s new efficiency, the company printed a camera case prototype for the Airbus A380 aircraft, to validate the design of the product, which would house the camera’s internal parts. Before the Fortus 450mc, the camera case would have been directly manufactured in aluminium for testing, meaning design iterations would be pretty costly. With the Fortus 450mc and ULTEM 9085 material, prototypes could not only be iterated more cost-effectively, but were also 50% lighter than the metal counterpart.

Additionally, the company has taken to manufacturing customised production tools on-demand with the Stratasys machine, saving time and cost, and contributing to an improved service.

“Additive manufacturing has integrated seamlessly into our design and production process, and has seen us enjoy improved lead-times, reduced costs and enhanced operational efficiency,” Simon Rheu, Composite and Additive Manufacturing Manager at the Latécoère R&D and Innovation Center. “As the requirements of the aerospace industry become more demanding, we’re also mindful of the need to maintain our competitive edge, and Stratasys additive manufacturing enables us to meet that objective.

“Using metal sheet manufacturing, creating a tool can take up to six weeks. Now we can 3D print a tool in just two days and 50% lighter using ULTEM 9085 material. With our 3D printer, we can also optimise the geometry of the tool to perfectly fit the part – making the operator’s job much easier. Not only has this accelerated our production process dramatically, but I also estimate that we’ve reduced our tool production costs by a massive 40%.”

The company’s long-term vision is to 3D print final production parts for aircraft from the likes of Airbus and Boeing. Research in this area has already begun. With certification in mind, Latécoère has been using Stratasys’ tough, lightweight and fire-, smoke- and toxicity-compliant ULTEM 9085 material to manufacture several air duct housing components, reporting significant reductions in weight and lead times.

Latécoère is among the most recent players in a growing community of Stratasys customers applying its FDM technology in the aerospace sector, joining the likes of Indaero. It supports Stratasys’ growing focus on how its products can be used to effect, and with some lofty ambitions, the AM giant is suitable impressed with what it has so far seen.

“Latécoère, like many of our aerospace customers, are benefitting from our proven FDM technology and high-performance materials for this industry,” Andy Middleton, President of EMEA, Stratasys commented. “Our application-driven approach enables us to have a close interface with our customers to develop solutions optimised for their design and production processes. Whether it’s accelerating design validation or the on-demand production of lightweight manufacturing tools, or even 3D printer interior aircraft parts, we are committed to ensuring our customers are given the right tools to optimise the use of additive manufacturing.”