CAD-designed lightsabres to defeat the dark side

CAD-designed lightsabres to defeat the dark side 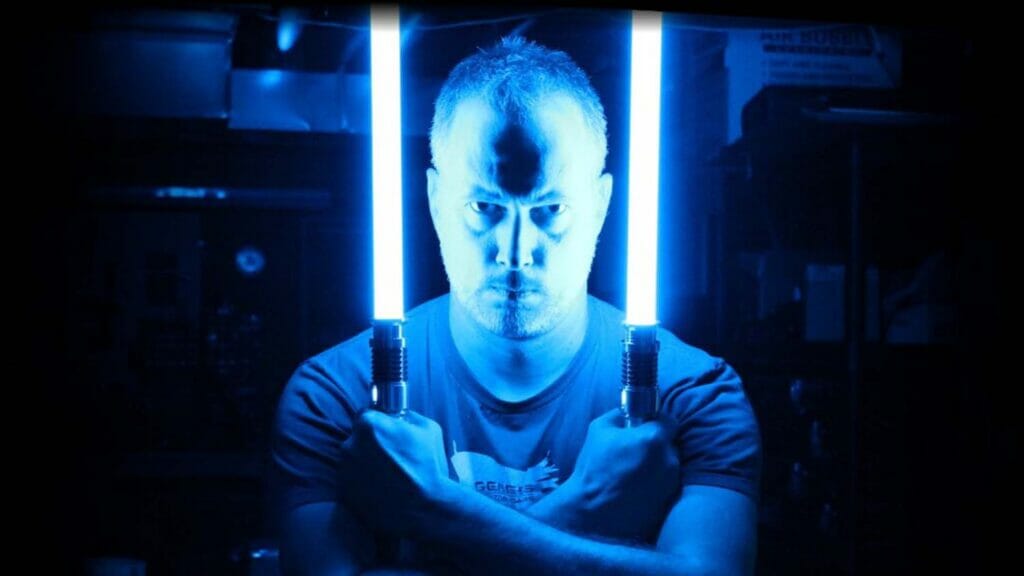 May 4th might be just like any other Spring day for most of us, but for many Star Wars fans around the world it’s a very special day. On this occasion, artist Rob Petkau explains how learning how to use PTC Onshape has helped him designing and producing his series of Darth Vader-defying replica lightsabres, which he sells all over the world.

For the past 20 years, artist Rob Petkau has been creating different designs inspired by the epic saga Star Wars. What started as a hobby escalated into what is today called Genesis Custom Sabers, the Canadian-based company that he founded, which produces lightsabres sold worldwide.

The lightsabres, designed after the ones featured in the multimedia franchise by George Lucas, are sold for up to £400 and are handcrafted to avoid any copyright infringements. They can be fought with and they feature incorporated sounds and lights which are motion-sensitive.

“I like to think in terms of if I was a Jedi or a Sith, what would I want my lightsabre to look like, and then I just go from there,” says Petkau, explaining that all the lightsabres he produces are his own designs.

Petkau is a one-man-band, who describes himself as a backyard artist. “What has happened over the past 20 years is that I have made a business out of the hobby of making science fiction props out of parts that I accumulate,” he says.

“I have resisted the urge to start a huge company and have kept it small, just me doing my thing. What I am doing is a cross between design, engineering, manufacturing, and art.”

In pursuing his dream of creating a perfect lightsabre he could hold like his sci-fi hero Luke Walker, he was aided by PTC’s Onshape, which provided him with the right tools and technologies. 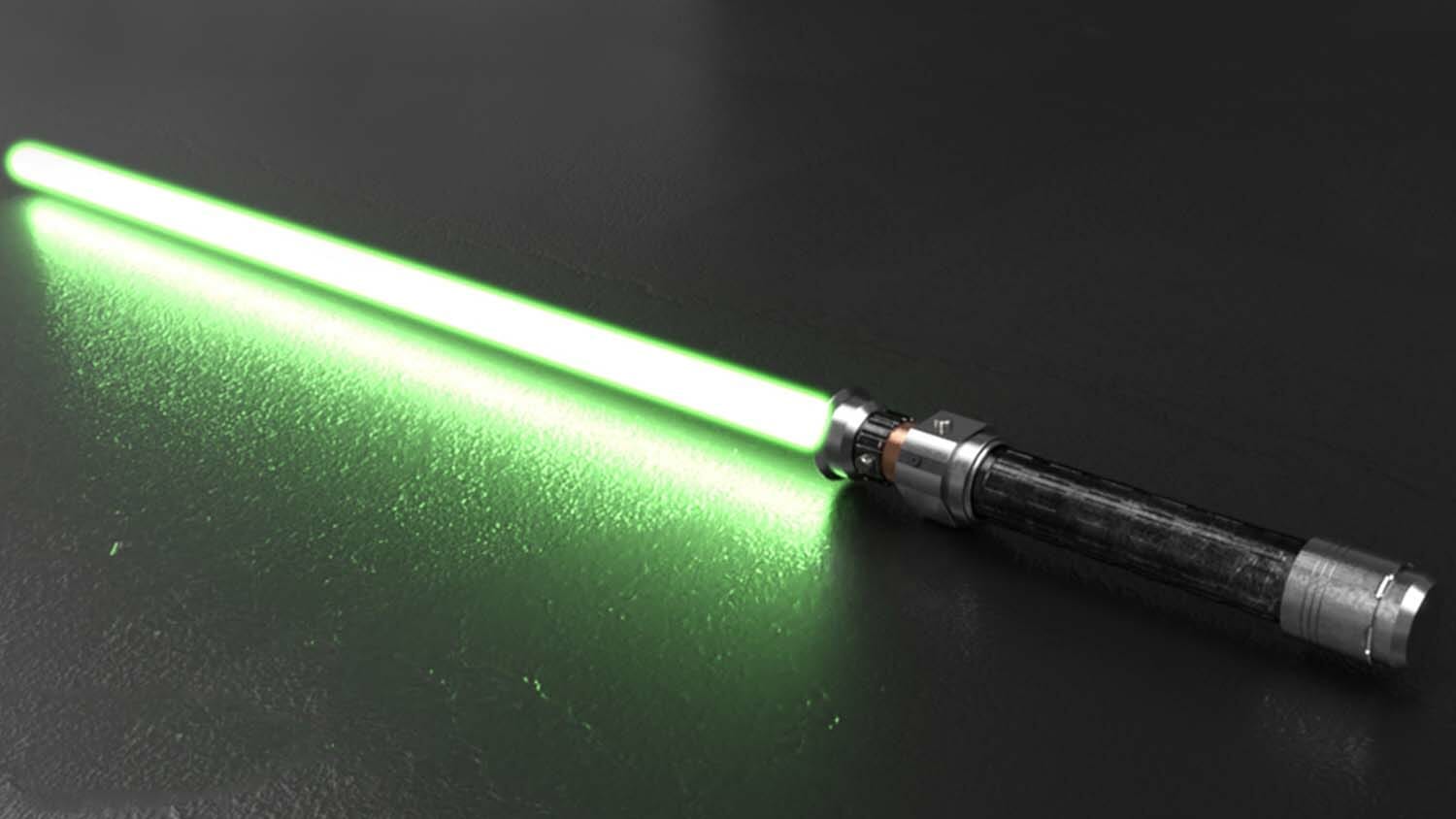 Although he is an artist, Petkau faces the same challenges that larger manufacturing enterprises have in terms of manufacturability, quality, performance, and time to market.

When he started designing lightsabres as a hobby over 20 years ago, using a sketch pad and Microsoft paint was as sophisticated as it got.

Even when things got more serious with his business 10 years ago, Petkau had no CAD experience: “I always wanted to learn CAD, but it felt so overwhelming,” he explains. “I didn’t want to spend thousands of dollars for a program and then have to learn how to use it.”

Until a friend introduced him to PTC Onshape: “At the time it was a beta version so I could just play, and for someone like me who is a maker, that is where the magic happens,” says Petkau. “I could try my ideas and learn by failing. I was able to learn much quicker than I had realised and before long I could create my own models.” 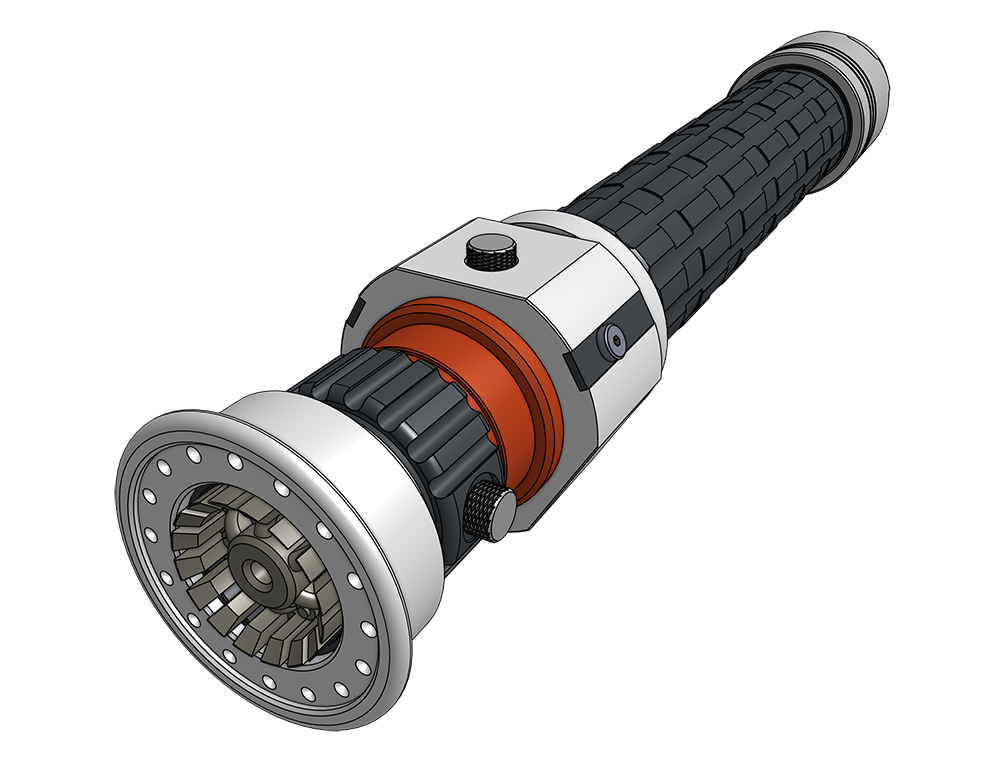 An interface between imagination and reality

The primary advantage that Onshape delivered was the ability to create something relatively quickly and then see it, move it, visualise it, and interact with a model, says Petkau.

Before being introduced to the software, he recalls seeing a huge gap between what he envisioned and the first prototypes.

“What Onshape has done is create an interface between those two worlds and allowed me to incrementally morph my process, from imagination to creation,” he says.

“I use it to create a 3D model that I can interact with or take to a machine shop to interact with professionals in the manufacturing industry. These are all things that I was never able to do before. I had to physically build it and then test it myself to see if it was strong enough, big enough, small enough, or if it fits with other parts that I had in mind.

“That was all an arduous process, whereas now I can sit at my computer, I can do that in an afternoon.”

Onshape’s assembly functionality turned out to be particularly useful. Aimed at designers who need to create highly structured and detailed assemblies, it allowed Petkaus to simplify the process: “I grew up playing with LEGO, so my default is to get a physical object and see how it interacts with another physical object,” he explains.

“I like to see how it feels in the hand, how functional, or how ergonomic it is. That would be the way I would generally interact or design these things, but with Onshape, and with the assembly option, it allows me to assemble a list of parts, and then start fastening together with different interfaces, and see how they interact, how they look. I can start to anticipate problems or issues way ahead of the game.”

One of the largest benefits of Onshape, Patkau says, is that it cuts time to market: “I prefer to take my time to innovate,” he says. “I play with an idea and try things out before I ever put anything out there. However, Onshape has allowed me to streamline that enormously.

“What used to take several prototypes from the 3D printer and versions of testing has all changed. I can see potential issues ahead of time by using Onshape. I can produce something in a third of the time or less than the previous manual version of production,” he says.

Besides exploiting all the technical advantages of 3D CAD, Petkau particularly appreciates an intangible benefit that the software offers. When some years ago he found himself struggling with an artist’s block and felt that he was no longer relishing the creative process, he realised that he was constrained by trying to create products that he knew how to make and that Onshape could help him broaden his vision.

“The result was I felt more engaged in my design process and began to learn new skills that would allow me to find a way to build these crazy things I had invented. Onshape allowed me to try out different ideas, see how it looks, see how it fit, and once I could see the model on a screen, then I could look at it with a different part of my brain.”

Even though Petkau’s designs are thriving, he has no intention whatsoever to start mass-producing his products. “I love the way I do it now,” he concludes.

While he is aware that his CAD abilities would allow him to produce easily replicable designs and expand the production, he is willing to keep designing and manufacturing custom-built products, to keep delivering unique lightsabres to Star Wars lovers like him all over the world.