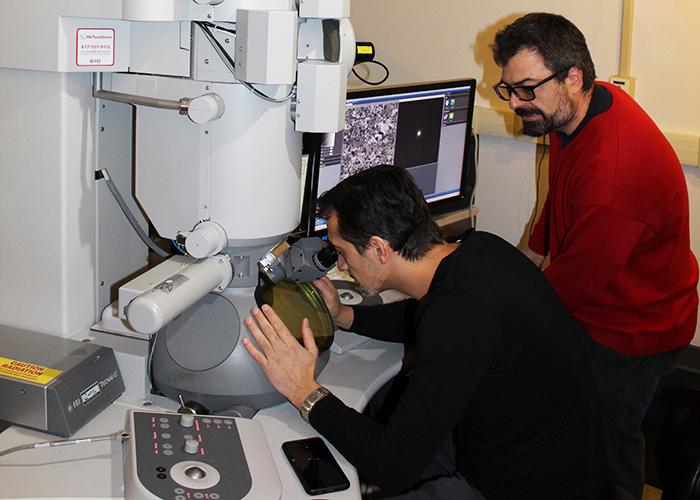 Produced in the form of thin films, the tungsten alloy can withstand unprecedented amounts of radiation without damage, making is suitable for the interior of fusion reactors

Developed by researchers at Los Alamos National Laboratory in New Mexico, the alloy seems to be far stronger than other materials that have been investigated for high-radiation environments. “We have never seen before a material that can withstand the level of radiation damage that we have observed for this high-entropy [four or more principal elements] alloy,” commented principal investigator Enrique Martinez Saez. Moreover, the alloy retains its mechanical properties after irradiation, while traditional counterparts degrade easily when irradiated, he added.

The material is a quaternary nanocrystalline tungsten-tantalum-vanadium-chromium alloy, and is described by Martinez Saez and collaborators at Argonne National Laboratory, the Pacific Northwest National Laboratory, Warsaw University of Technology and the UK Atomic Energy Authority in a paper in Science Advances.

Material scientist Arun Deveraj from Pacific Northwest speculates that changes undergone by the alloy might explain its radiation tolerance. “Atom probe tomography revealed an interesting atomic level layering of different elements in these alloys, which then changed to nanoclusters when subjected to radiation,” he said.

The interior of a nuclear fusion reactor is an arduous place for materials. The part of the vacuum vessel facing the hot plasma in which nuclear fusion takes place must withstand temperatures above a thousand kelvin for very long periods while also being exposed to a bombardment by charged and neutral particles. Tungsten is currently leading candidate to protect the inside of the fusion reactor, but it tends to fracture after irradiation. In their paper, the team explains how it made the W-Ta-Cr-V alloy ID position of atoms from pure samples to form a film 100nm thick on NaCl crystals, and then bombarded them with radiation using accelerators at Argonne.

“This material showed outstanding radiation resistance when compared to pure nanocrystalline tungsten materials and other conventional alloys,” said Osman El Atwani, the lead author of the paper. “Our investigations of the material mechanical properties under different stress states and response of the material under plasma exposure are ongoing.”

And it could have other applications, Martinez Saes added. “We haven’t yet tested it in high-corrosion environments, but I anticipate it should perform well there also. And if it is ductile, as expected, it could also be used as turbine material since it is a refractory, high-melting-point material.”