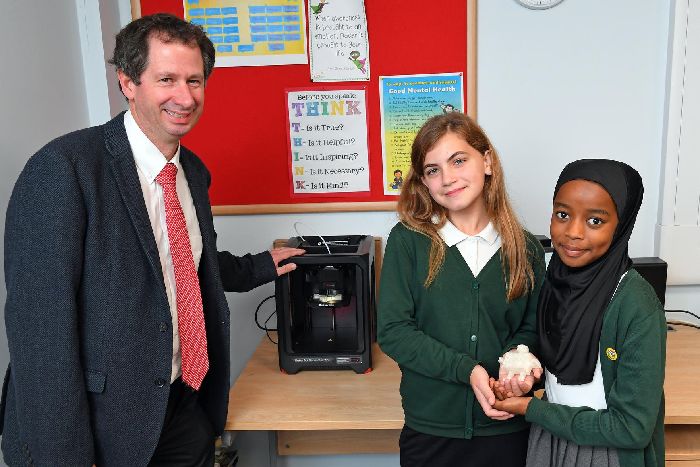 PRIMARY school children can now see their computer designs magically transformed from the screen into real life thanks to the generosity of a local engineering company.

Year 6 pupils, Eva Osborne and Mesbah Hussain, both 10, were the first to see the Makerbot in action as it transformed their design of Meva the robot into a real-life model.

Eva said: ‘I was amazed to see the robot take shape and I couldn’t believe it when the finished model appeared at the end. I’ve never seen anything like it before. I think my friends will be shocked when they get to use it.’

Classmate, Mesbah, added: ‘It was really fun to get to see something we had designed become a real model. We are really lucky to have this machine donated to our school.’

For computing lead teacher Phil Wickins the Markerbot ‘opens up a whole new world of possibilities’. 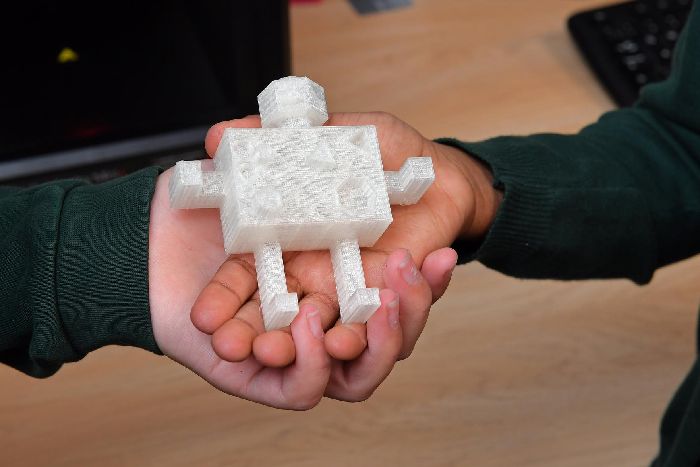 Mr Wickins said: ‘Once they started to see their design take shape their enthusiasm went through the roof. Seeing the whole process from design to model gives them real ownership. It will help the children to understand the evaluative process. Unlike conventional model building, where if something goes wrong you have to start from scratch, here the children can make alterations on the computer which will automatically be transferred to the printout.’