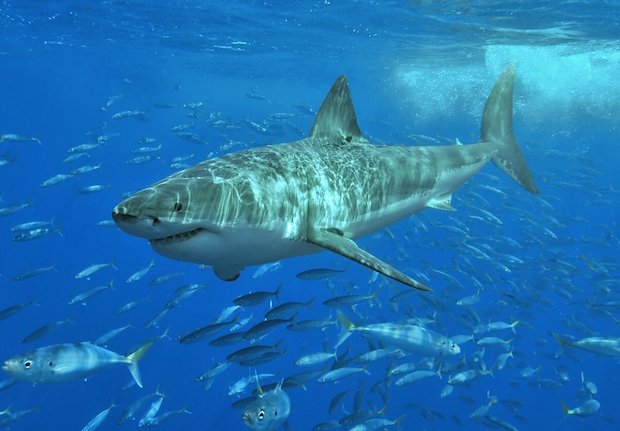 This week marks the Discovery Channel’s annual celebration of one of the fiercest species on the planet with the airing of a series of documentaries and programmes. On Sunday 23rd July, Shark Week commenced.

The largest species of the shark group, the Great White, also experiences a consistent annual event, though one incomprehensible to the many who sit on the couch and binge shark biography after shark biography. They travel hundreds of miles each way from the Californian coast to the Hawaiian Islands.

A non-profit oceanographic research centre in Monterey, California, MBARI, like many others, is fascinated by the large mackerel shark, and thus approached FATHOM, the advanced manufacturer, to co-develop a system able to track them on their journey. They turned to 3D printing.

“The CAD design files of some of the components printed during the prototyping phase of the MBARI project.”

The ‘event-triggered’ video capture device, will attempt to follow the Great Whites on their yearly migration to a spot where they consistently pause to ‘hang out’, aptly called the Shark Cafe. It is an underwater region, equidistant to starting point and destination, hundreds of miles from the nearest coastline. Marine biologists and shark experts, have a number of unanswered questions, and MBARI wants to help answer them.

MBARI’s researchers have proposed a tag-and-record approach that would involve constructing a video attachment for each shark. The video module specifications included withstanding a max depth of 1200 meters and a photo/video depth of up to 200 meters. The module needed to be durable enough to survive months at sea, capturing hours of footage at a time using a Great White Shark Behaviour detection algorithm to trigger video and high-resolution data sampling.

FATHOM advised MBARI on the advantages and disadvantages of 3D printing technologies through the entire production process. They focused on three different technologies during the prototyping phase, before settling on FDM, specifically Stratasys’ Continuous Build 3D Demonstrator. First, the team opted for VeroClear parts using PolyJet technology. This allowed the MBARI researchers and FATHOM production team to iterate and improve the design, thanks to the almost see-through VeroClear material. Parts were also iterated in Nylon 12 using SLS technology for additional strength-to-weight ratio and durability testing. But the final parts to be used for field testing were to be produced in ABS material, using Stratasys’ FDM capabilities, for performance and durability reasons.

The front-loaded approach during this extensive prototyping phase, meant the engineers could lean on their knowledge rather than their assumptions much faster. Twenty parts were made with the Continuous Build 3D Demonstrator, MBARI achieving a reduction in costs by as much as three times, greater flexibility in the testing and amending of designs, all while meeting the critical requirements of the video capture system. “3D printing has opened new design approaches—printing holes for wires that could not possibly be machined, printing pressure housings, printing fluidic paths for ocean instrumentation that allow for miniaturisation, on and on,” said MBARI Software Engineer Thom Maughan. “For this project, we could have used machined parts, but that would have changed the shape to something simpler and less hydrodynamic. The SharkCafeCam project is open source, and we want those that use the open source mechanical designs to have the flexibility to change and adapt the design for future users.”

Rich Stump, FATHOM Co-Founder and Principal added: “FATHOM is excited to help MBARI get to the bottom of this mysterious shark behaviour—we love when we can use advanced manufacturing to support our customers with unsolved problems. Projects with organisations like MBARI continue to push us in exploring the boundaries of possibility for our additive materials and manufacturing methods. Using additive throughout product development and into production allows levels of design complexity and manufacturing agility that can’t be achieved any other way. In the case of this video capture device, that meant more design iterations, a better final product, and a cost-effective price point for the low volume of final parts.”