For over 40 years, TaylorMade has designed some of the best performing golf products in the world.

From beginners looking to improve their game, to PGA Tour professionals like Tiger Woods seeking that extra edge, TaylorMade is driven by product innovation to make all golfers better.

Designing a new club starts with brainstorming various technical innovations the team thinks they can pull off, and which core problems those innovations will solve.

When creating the TaylorMade Sim Fairway, a fairway wood with multi-material construction and precisely positioned weight, the company wanted to find new ways to lower the centre of gravity, improve ‘turf interaction’, and create a face that is more forgiving to give everyone straighter shots on mis-hits. 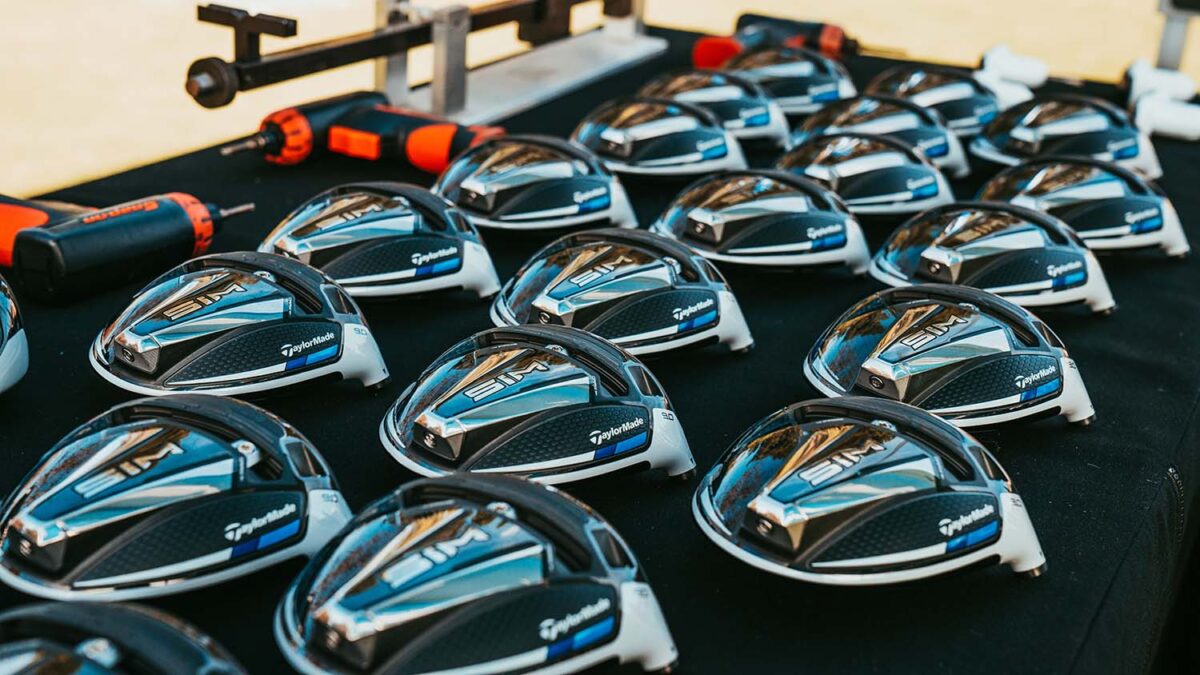 Prototype club heads ready to be attached to shafts

While the engineering team went to work creating a new head from scratch, designing the club head in PTC Creo, 3D printed prototypes were produced in batches by TaylorMade’s fabrication workshop, allowing them to physically feel and see how different weight distributions and designs alter the club head.

However, the performance is only one aspect of a club – what attracts a golfer to pick it up and keep it in their bag is equally about the consumer interaction and aesthetics of a new club.

The Sim Fairway’s radical new look is as much about the cosmetic design of club as it is a direct result of its top-level sports engineering.

To achieve this, product development engineer Chris Rollins’ roll is to take a prototype for a new club from the engineering team, and “make it sound good, go far, not break and make a couple of hundred-thousand look pretty”.

“Usually we have a new technology that we want to get into the package, but the shape of the package usually comes first,” says Rollins.

“That’s where it starts: making something we know is going to look good, to either a certain place in the marketplace, or to a professional like Tiger Woods.” 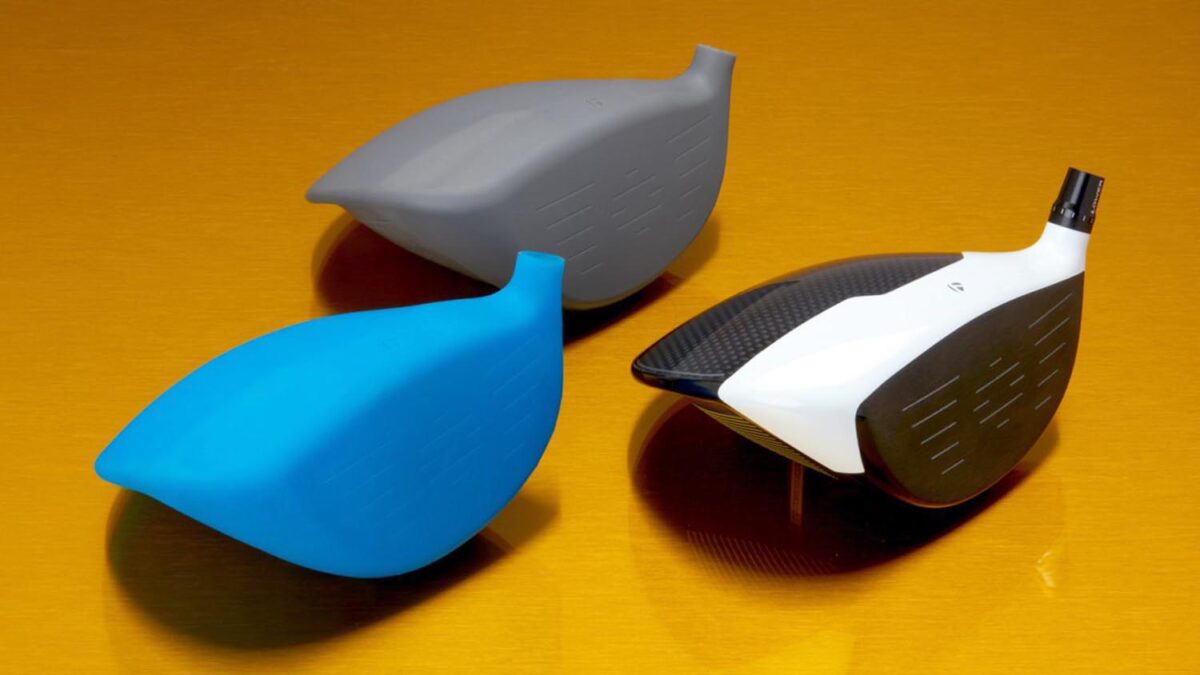 While the fabrication workshop is producing 3D printed prototypes in ‘one big batch for all of R&D’ every night, Rollins has started to use a Formlabs Form 3 at his desk, with some obvious improvements to his workflow and the end product.

“Having access to this one printer has meant I can optimise designs faster and do some things that I wouldn’t ask our CNC and machine shop guys to do.”

Taking early raw shapes from the design process, he can apply cosmetics and help assess the shape and weight changes.

The high resolution and accuracy of parts mean that components accurately mate together, saving a lot of time and effort when assembling the prototype club heads.

“Most of the time it is fitting the [3D printed] clubhead, shafting them up, putting them on the ground and look at them,” he says. 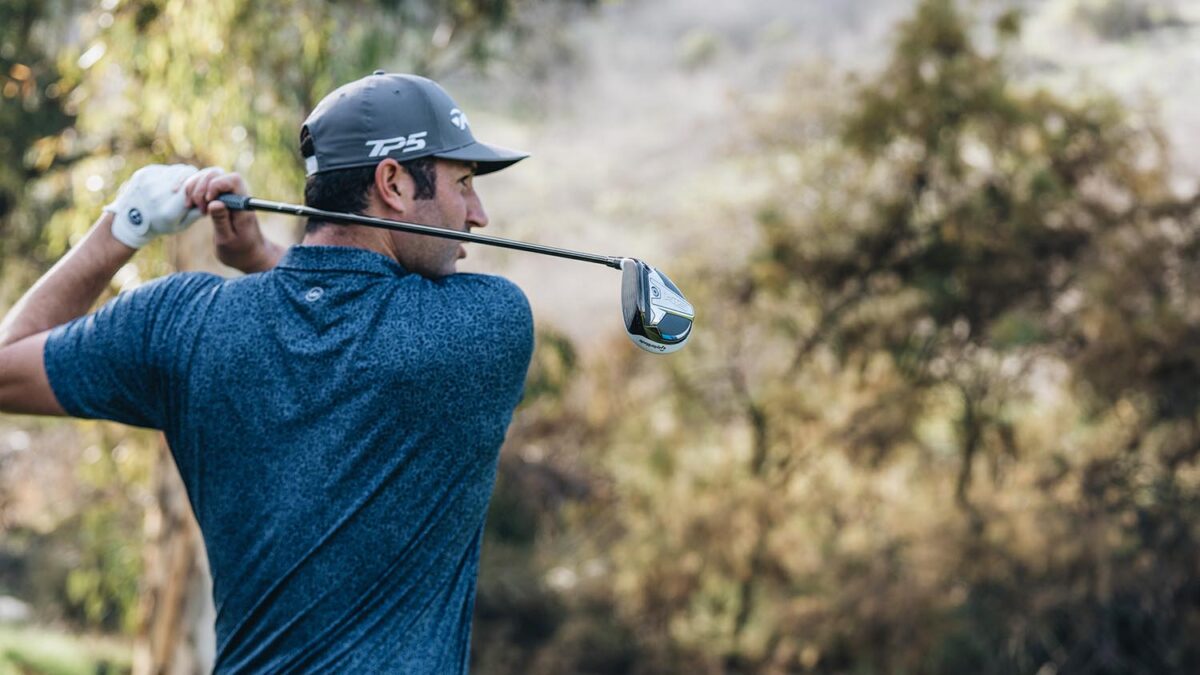 “The unique advantage of the Form 3D prints is that we can paint them and mask them a lot easier – putting cosmetic lines and decals on there, which goes on there a lot easier than our previous machines – and we can do some stuff with the flexible and clear materials.”

The team uses Formlabs Draft Resin to quickly print new parts in a few hours, while switching to Grey Resin for looks-like prototypes.

Masking the topline onto prototypes of Grey Resin heads has become a major advantage to designers thanks to the quality of the plastic available on the Formlabs 3D printer.

Although used mainly for cosmetic iterations, the Form3 is also saving TaylorMade’s engineers a lot of time and money when creating certain pieces – such as flexible components – that can be printed in-house and be placed into a prototype straight off the printer.

Of course, there’s always the battle between what looks cool and what performs best – “usually performance wins!”, says Rollins.

Although, pulling a club out of the bag that looks like it’s going to do the business could be enough to steady the nerves for that final approach down the fairway to glory.