Vivarail and Network Rail to launch battery train at COP26

Vivarail and Network Rail to launch battery train at COP26 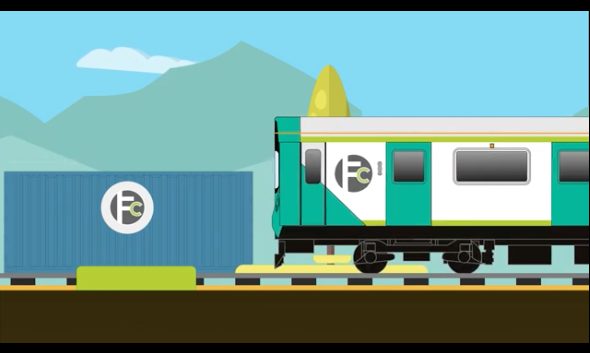 The train uses Vivarail’s new batteries, developed to combine maximum range with the ability to recharge quickly. Vivarail said its resulting train is able to travel for up to 80 miles on battery power and recharge in only ten minutes using its patented Fast Charge system.

Supported by an Innovate UK grant, the system harvests energy from any available power source and stores it for on-demand use in power banks, where trains can connect at charging rails. The battery banks recharge automatically and communicate with the train before transferring energy, allowing the train to take the precise amount of electricity it needs.

Vivarail has collaborated with a number of rail industry organisations ahead of COP26 including SLC Operations, Alstom and VTG, aiming to support the government’s ambition to reach net zero and bring emission-free technology to the forefront.

“Our R&D team has spent three years developing these new batteries, working with specialists Hoppecke,” said Steve McBride, managing director of Vivarail. “The result is a new traction and charging system able to convert diesel stock or act as range extenders on other types of electric train. We are now ready to play our part in delivering an electrified network in the shortest possible time.”

McBride added that the first train has already been sold to the US with a second on order, and that thanks to insight from the US and Europe, the company knows its products have ‘ready export potential’ to support global decarbonisation.

Last year Network Rail became the world’s first railway company to commit to the ambitious target of reducing carbon emissions to a level that would limit global warming to 1.5°C, rather than the Paris Agreement’s 2°C. It will also collaborate with Porterbrook to launch a hydrogen-powered train at a COP26 fringe event, announced earlier this year.